Brotox: Botox For Men and Why It’s Becoming So Popular. 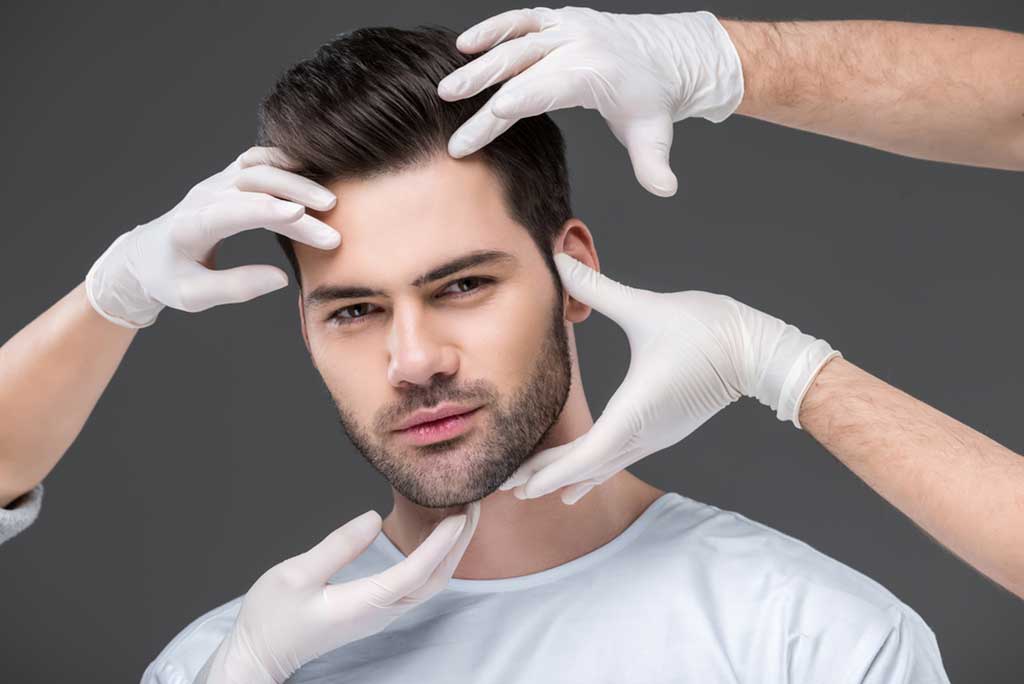 Women have always utilized numerous methods and procedures to enhance their beauty and/or to alter their looks to be more desirable.

However, the same cannot be said for men. Society has taught men to be wild and rough. It’s almost as if manhood is tied to being wild, meaning, the more wild a man is, or appears, the more powerful he is.

Also, men are generally desired when older. As the saying goes, the older the wine, the better. Even though there have been men who indulge in self-care practices, it is not a conventional approach like it has been for women.

Unlike women, youthfulness has not been synonymous with the essence of manhood. However, in this era where people are taking charge and doing whatever that seems right (within a legal context), regardless of any backlash or criticism, men of all ages are visiting wellness and med spas like Body Massage Wellness Spa, wanting to look and feel good,  just like their female counterparts.   This trend  slowly evolved, with the rise of the ‘metrosexual’ in the early 2000s. Here was a new breed of man redefining maleness, making it acceptable to embrace femininity while still retaining their masculine.

In the past, self-care has always been associated with women more than men, until recently, when it has become socially acceptable for men to adopt meticulous beauty routines. Hence, the beauty industry has taken advantage and made various men-only products to cater to the growing market. In this era of inclusion and representation, it’s only right that as both men and women pursue beauty and self-care, there is enough representation for men within the beauty industry.

Biologically, men and women are composed of a different makeup. Services or products that have been formulated for women would not likely cater to men with same or similar needs.  This,  among many other reasons,  is why we are seeing the rise of “Brotox” today, a term coined to describe the upward trend of men seeking Botox treatments.

Botox is a non-surgical injectable treatment that is used to treat dynamic lines and wrinkles caused by expression including smile lines, frown lines and forehead lines.

BOTOX® and Dysport injections for men can subtly diminish lines around the eyes, across the forehead, and between the brows, without sacrificing the rugged, masculine look many male patients wish to preserve

The term Brotox came from the recent increase in men going in for traditional Botox facial injections. In 2018, doctors performed 7,437,378 injections of Botox or another brand of botulinum toxin type A. While just 6% of those injections were given to men, that’s a 381% increase from 2000.

According to the American Society for Aesthetic Plastic Surgery, the number of men who received Botox doubled from 2010 to 2016.   Not only is this a significant increase, but it signifies a gender shift from Botox being typically female-oriented to the male-dominated “Brotox” edition.

The “Brotox”  procedure can result in a more natural in appearance than Botox for women. The reason for this is that men are naturally born with thicker skin (literally), meaning more product is required to achieve optimal results.   This fact proves to be a positive as well as a not-so-positive one.  On the bright side, there is less room for error when it comes to Brotox, but on the other hand, more product means that the procedure cost may be higher than that of a woman’s injection treatment.

This also means that touch-up treatments may be required more regularly to maintain optimal results. After the first treatment, most patients will require a follow-up about 2-4 months later. During the follow-up, fewer products would be administered since there should still be a bit of residual product from the previous treatment.

Several reasons may account for why the Botox procedure is becoming popular among men. “Men do notice how they look in photos, and I think men, despite being macho or whatever, are very sensitive to comments,” said one patient.

A study conducted by Men’s Journal revealed that men who look and feel younger are more likely to have the upper hand in the job market.  More men are getting Botox today than ever before, as many feel that maintaining a youthful appearance helps them gain a competitive edge in the workplace. Countless studies have shown that there is a direct link between one’s physical appearance and his or her career success (Forbes Magazine).

Like many women, men can benefit from the self-confidence boost that Botox may be able to provide. When you look your best on the outside, you tend to also feel better about yourself on the inside, which can have a positive effect on your overall happiness and quality of life.  Some men may be motivated to get cosmetic procedures to please their significant other.

With the exponential rise of social media and smartphones, people are more aware of their appearance and would want to look their best for their online profiles. Many camera phones do not have selfie flashes, so the pictures are not washed out with the exposure of the flash — this makes wrinkles more apparent and people come in looking for treatment.

Aside from all the reasons stated above, men aren’t immune to the aging process. Historically, society has emphasized women’s physical appearances, especially as related to the aging process, over that of men. However, with changing societal norms and shifting focuses, women aren’t the only ones who wish to reverse the hands of time and look a little younger and more energized. Along with the skyrocketing popularity of social media, there is a greater emphasis on physical appearance for both men and women, making cosmetic procedures like Botox or “Brotox” highly sought after.

Even though more men may be choosing to go under the needle, they’re not any more open to talking about it. As stigmatized as cosmetic surgery is for women, it’s even more so for men. “Men are discouraged from looking in the mirror and wanting to be beautiful,” particularly for straight men, who might consider the desire to improve their appearance as “feminine”.

While there is still some level of stigma attached to Brotox, that is rapidly changing, particularly among Millennials — a largely progressive group but who are no longer the whippersnappers of society.

There isn’t much difference between brotox and botox.  In terms of desired areas, cost and frequency of injections. The most common area for men is the squinting lines to the sides of the eyes. These are commonly called crow’s feet.

The most common area for women is the “11’s” or glabella, which is the area between the eyebrows with vertical wrinkles.

Brotox may be slightly pricier than the traditional Botox injections. This is because per the biological makeup of men, they have thicker skin hence more of the product is needed to be injected.

One of the prominent doctors to have done extensive research into botox is Dr Mitchell Brin. Brin’s been researching Botox since 1984 and is currently the chief scientific officer of Botox at the drug company Allergan.

In recent times other practitioners who have made botox for men popular,  include Whitney Bowe, MD, assistant medical director for cosmetic and laser services at Advanced Dermatology P. C. in Ossining, Bebe Pajo, MD of Water’s Edge Dermatology, Dr Brian Heil of Acqua Blu Medical Spa among others.

Brotox or botox is generally considered safe. However, it’s important to have the procedure performed by a licensed medical professional to minimize the chances of potentially serious side effects, such as the toxin spreading to other parts of your body.

Schedule an appointment with one of our certified practitioners today to begin your Brotox treatment and begin your journey to youthfulness and a more desirable appearance.

We provide a wide range of health and wellness programs that are individually tailored and results driven.

Improve the quality of your life in Denver through any one of our personal wellness and body image services. From laser hair removal and body massage, to clinical skincare and facials. For weight loss try lipo laser fat cell reduction, CoolSculpting for permanent fat removal, or select from nutritional weight loss programs with detoxification products that can really help to melt away stubborn fat. You’ll also find Botox® Cosmetic injections, Juvederm® injections, PRP platelet rich hair restoration,  body contour wrap treatments,  homeopathic and vitamin nutrition products and so much more. Stop by our convenient Welton Street location just off the 16th Street mall and lets begin to identify a treatment plan that fulfills your objectives for health, wellness and radiant beauty.